Who we are and what we do

We are dedicated to the rescue, rehabilitation and release of sick, injured, orphaned and distressed wild animals and birds throughout Leicestershire and the surrounding regions.

The aim of the hospital is to provide the necessary first aid and veterinary attention to allow the animal to be released back into the wild when they are in full health.

Every patient is given the best chance possible and will only be euthanised as a last resort. Where deemed suitable, an animal which is unable to be released back into the wild will be maintained at the hospital, in as natural an environment as possible.

We treat all casualties free of charge, which has only be achieved through the generosity of the public donating to us. We receive no government funding so we are reliant on you to keep us going, so that British wildlife can continue to be saved.

The hospital costs around £7000 a month just to keep its doors open and continue providing the valuable service to wild animals and birds. This is without the added expense of life saving equipment. 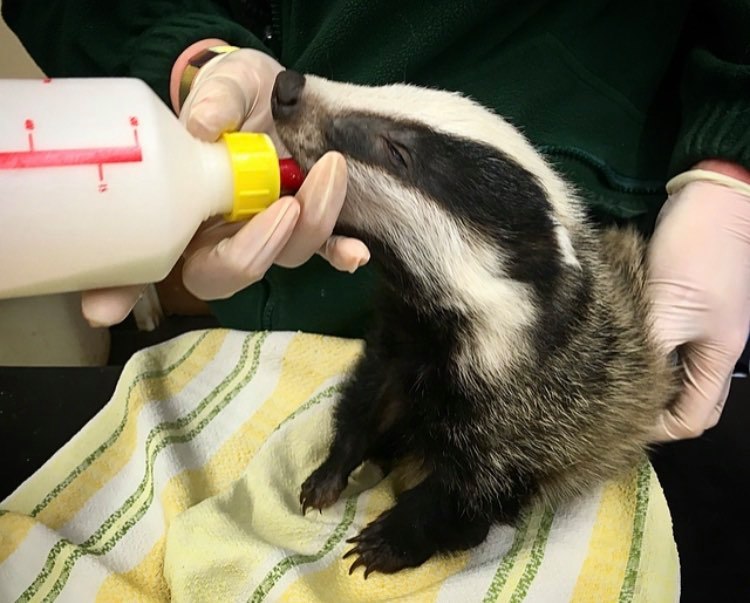 The Leicestershire Wildlife Hospital was founded in 1984 by Angela Downham and for many years was ran virtually single handed. “All too often animals are left alone to die in pain; I just couldn’t ignore that. I knew I had to do something to alleviate their pain and suffering.”

The Leicestershire Wildlife Hospital began in Angela’s back garden. As the general public, local vets and the RSPCA became aware of her willingness to care for injured animals, casualties began flooding through the doors.

In 1997, it was clear that larger facilities were needed and a site was found to relocate the hospital. This also launched ‘the bricks appeal’, to raise money to buy land and a fully equipped, educational wildlife hospital.

In January 2000, we became a registered charity.

In 2005, we were given permission to erect a purpose built wildlife hospital and education centre and from there onwards, the building of our specialist wildlife facility began.

2010 was the year that Leicestershire Wildlife Hospital opened on its’ current site on Fleckney Road in Kibworth Beauchamp and where it continues to expand every year.

The number of patients we take in increases year on year so with that, our facilities are continually growing.

Any cookies that may not be particularly necessary for the website to function and is used specifically to collect user personal data via analytics, ads, other embedded contents are termed as non-necessary cookies. It is mandatory to procure user consent prior to running these cookies on your website.